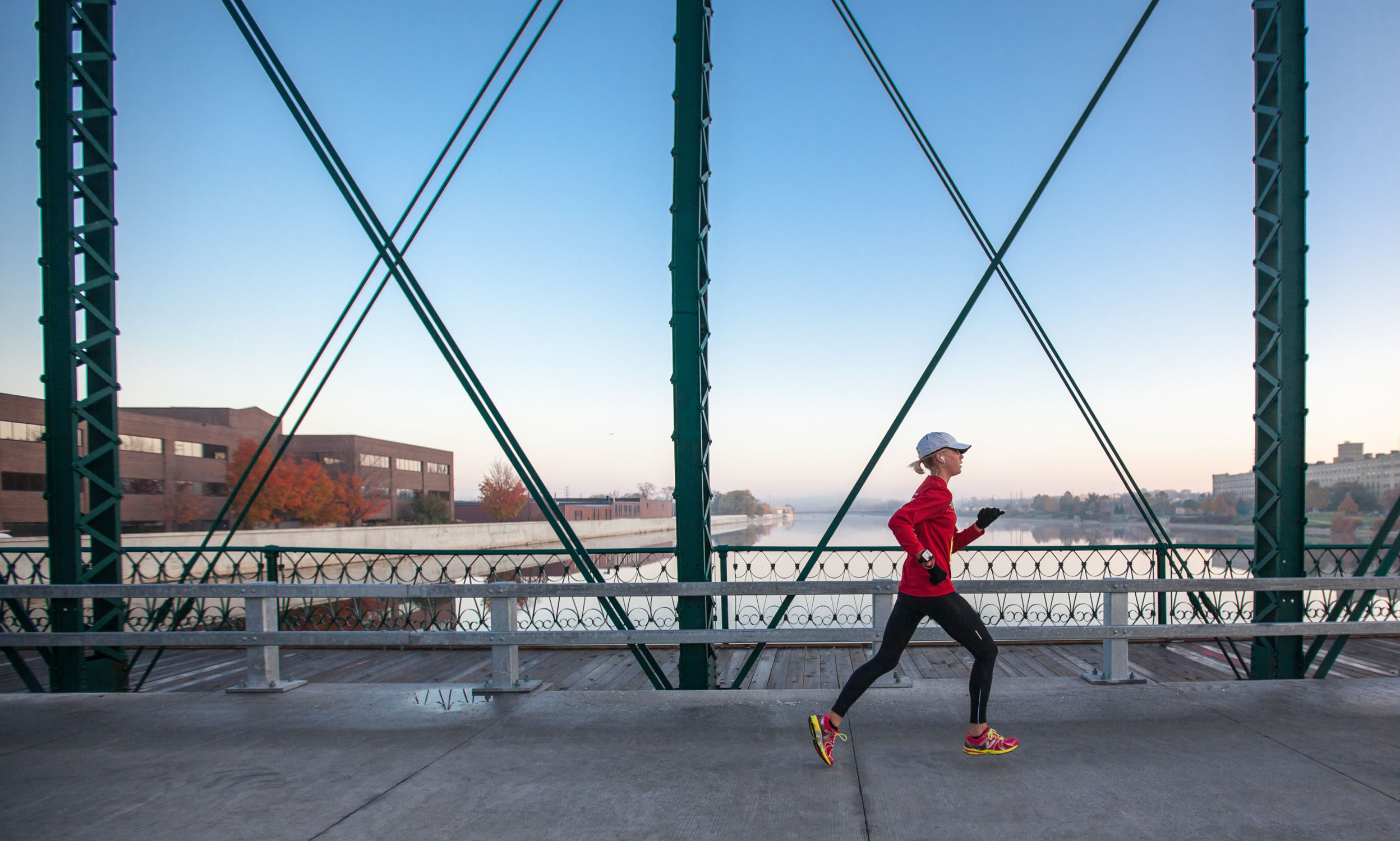 Take the City in Stride

Welcome!  So glad to have you check in on upcoming events with Grand Rapids Running and Walking Tours.

On behalf of Downtown Grand Rapids Inc, Grand Rapids Running and Walking Tours will be providing FREE walking tours during the months of May through September in anticipation of the RESTORATION OF THE RAPIDS in the Grand River.

Lower Grand River Walk (starts at Ba Wa Ting Park –  west end of Fulton Street Bridge on the southwest side of Fulton Street at the Grand River)
The flowing river that divides Grand Rapids into east and west has been our region’s life-force since our earliest civilization, 2000 years ago. It was revered by the Indigenous peoples.  Everything man needed was provided by the river, including transportation.  Only slightly later in history, our 19th century frontier settlement spread out on both banks of the river and beyond. We’ll be moving south along the river to Wealthy Street, discussing Native American and early Grand Rapids city history.

Middle Grand River Walk (starts in the middle of the Blue  Bridge)
The city of Grand Rapids was born alongside a one mile stretch of spectacular rapids on our Grand River, the Owashtanong. The pure, rushing waterway was absolutely integral to GR’s explosive growth in the 19th century.  Enjoy criss-crossing some historic spans as we weave our way north on a section of the longest river in the state of Michigan.  Along the way, hear about geologic, indigenous peoples, frontier settler and bridge history as we stroll north.

Upper Grand River Walk (starts at 555 Monroe North)
Have you noticed the name of our city includes the word, Rapids?  Well, no one alive today, or their grandparents has witnessed our namesake rapids.  They disappeared in the later part of the 1800’s…they represent nothing more than a legend…and a DREAM…come true.  In 2022, work begins to restore the natural rapids in the Grand  River.  Learn more about Grand Rapids Whitewater, the river, furniture making, a historic bridge, and a fish ladder in the Monroe North neighborhood.

OR, you may arrange for ANY guided tour or presentation by appointment.  Learn year-round, on any of the 70+ fascinating moving tours and 35 virtual tours around Grand Rapids, Michigan. Your guide, Caroline, is the owner and sole employee…she is a wildly enthusiastic and knowledgeable tour ambassador who is as passionate about local lore as she is about fitness.